SOUTH COAST CHAMPIONSHIPS -what a weekend! 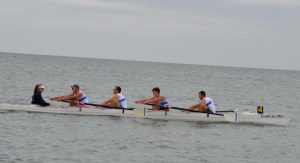 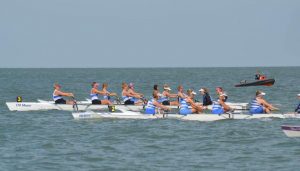 Alongside the victory for the J16 quad there were other excellent races from Shoreham crews. In the closest championship race of the day, Shoreham’s Senior Ladies four of Roxanne Addison, Charlotte Pigg, Gemma Stoner and Sarah Faith coxed by Ezra Hulme were neck-and-neck with Southampton-based Itchen Imperial for the entire two kilometre course, but would be just pipped to the line by a final surge from the opposing boat leaving them a heart-wrenching second, but having provided some serious entertainment for the spectating crowds.

The event marks the end of an extremely successful 2016 season for Shoreham Rowing Club. Winning 65 races over the course of the season, (21 more than any other Kent & Sussex club) this means Shoreham will be taking home the Coast Amateur Rowing Association (CARA) Grand Aggregate trophy for the second time in three years. This is a real team achievement – with every win from novices to senior rowers counting.

Utterly dominant in the CARA ladies’ events this year, Shoreham has secured championships in; Ladies Novice Fours, Ladies Junior Fours and Pairs, Ladies Senior Fours and Pairs and Ladies Double Sculls. It means that the club will also be taking home the CARA Ladies’ Aggregate by a huge margin. The Mens’ Junior Pair of Max Huxtable and James Mouland are currently tied with Southsea Rowing Club and will face a row-off for their championship title on Saturday 10th September 2016.

For anyone interested in trying rowing for the first time, we’re welcoming new members to an open day on Saturday 17th September 2016, where anyone interested can meet current club members, have taster sessions in a boat and try some fun racing. For more details click here.