A big congratulations to Shoreham’s Phoebe Mercer and Beth Buchanan, who were selected to race for the Wessex region at the Junior Inter-Regional Regatta at Holme Pierrpont, Nottingham on Sat 25th April 2015.

The Shoreham girls joined forces with Abigail Little and Charlie Cooper from Bexhill ARC to race in the J16 coxless four, and despite a limited amount of training time, and having never raced a coxless four before, we’re proud to say the girls rose to the occasion. 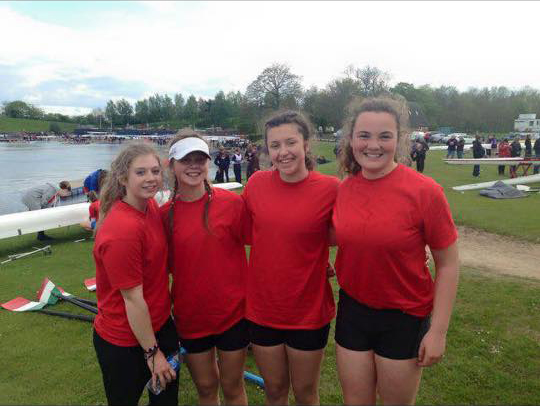 Gusty wind conditions made for a tough start and a difficult first race,  but the four found their stride as they lined up for the B final later in the day – rowing beautifully together to not only claim  a fantastic second place, but to also knock a whopping 55secs off their heat time!

Well done to all four of you!

Full results from the JIRR 2015 can be found at: http://jirr.britishrowing.org/