Worthing Town Regatta was regatta number 6 on the CARA calendar this year, and it was (along with Worthing Regatta the day before) easily one of the best days of the year so far, weather-wise. The great weather allowed some very very large victory margins – 10 races in the day being awarded with an Easily verdict. The calm seas did bring with them yet more good results for Shoreham, although not quite hitting the highs of the early season.

The Ladies Senior Pair were the story of the day as they took their 6th win from 6 regattas and with it their championship, a first ever for Stroke, Sarah Bareham and another well deserved championship for Sally Hills who is fast on her way to becoming one of Shoreham’s most successful ever Senior Ladies. These two also formed part of the Senior Ladies Four who took their forth win of the season to move two clear of chasing Bexhill.

Other great results for the racing squad were second places for the Ladies Junior Pair, Ladies Junior Four and also for Thomas Faith in only his second ever Junior Sculls race. Another major talking point which can’t be ignored was the return of the Capsize King, James Tilley. James managed his 20th career capsize and his second in a single scull race this year, when getting his blade caught in the buoy turn rope. A trip back on the safety launch to a raucous reception rounded the day off. 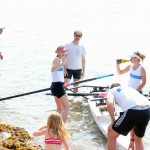 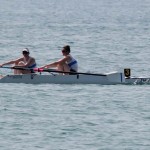 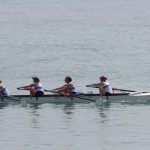 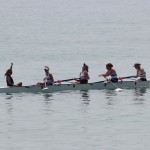 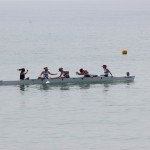