Stunning weather has continued on from the Worthing double weekend and the seventh and by far the biggest and most prestigious stop for the CARA league; Southsea Regatta was bathed in sunshine and filled to the brim with rowers and spectators. Southsea is the only regatta where clubs from both the Coast ARA and the Hants and Dorset ARA compete against each other before they meet for the season finale; the South Coast Championships, in September.

The weather was hot and sunny with a variable on-shore breeze just keeping the temperature bearable but chopping up the sea to make rowing conditions challenging at times.

There were early shocks for Shoreham when the men’s novice four, junior four and the ladies junior A crew all failed to make it through their heats. However the  ladies junior B crew of Charlotte, Rocky, Charlotte, Harriett and cox SallyHills did make the final,where they rowed a stunning race to take 3rd place and the an all important coastal championship point. This put Shoreham 4-3 ahead in the race for the tightly contested CARA ladies junior four championship.

The senior ladies squad who have been the source of most wins and point for Shoreham this year were without SarahBareham, who is stroke of both the four and the pair, had to rearrange the line-up of both boats and could manage only 5th in the four and 4th in the pair.

There were some good performances in the small boats. Lizzie and Becca rowed a great race to take 2nd place in the ladies junior pairs. Dan and James put in another solid display to finish 3rd in the men’s junior pairs. Adam had in one of his best sculling races of the season finished 4th in the senior sculls final. The novice sculls saw Dan and Mark both make the final,where they finished 5th and 7th . 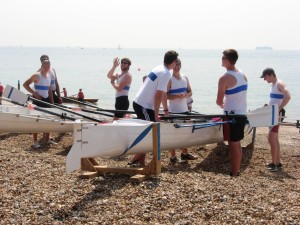 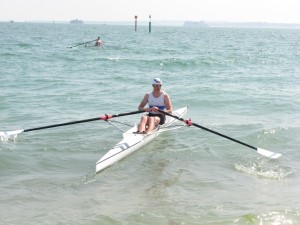 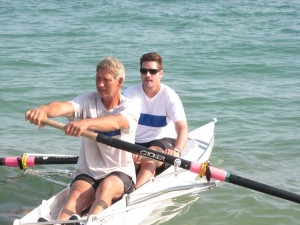 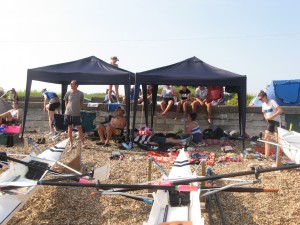 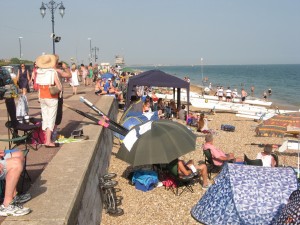