Under grey skies at Deal in Kent the girls led their race from the start, battling the roughest seas they have faced all season to claim victory over nearest rivals Christchurch and Itchen Imperial (based in Southampton). 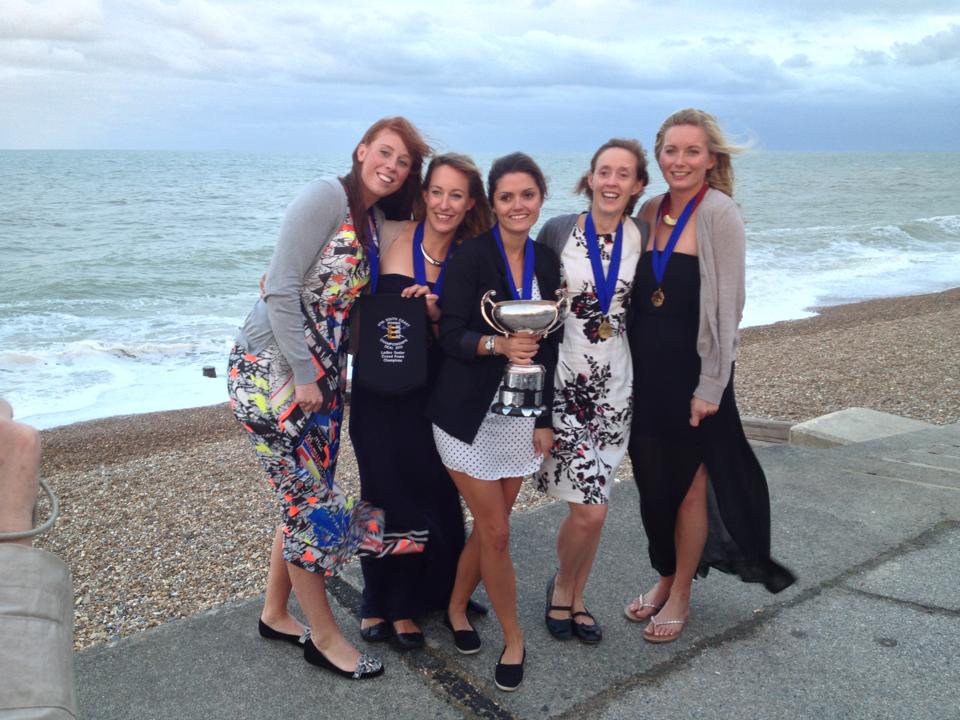 Although a convincing win, it wasn’t all plain sailing. With only a hundred metres or so left to the finish line two huge waves stopped the Shoreham four dead in their tracks and allowed Christchurch and Itchen to close down their lead to just half a boat length. The rest of the club, and other supporters on the beach watched with their hearts in their mouths as the Shoreham four dug deep, managing to get their bow out of each trough and stretch their lead back to a length and a half at the finish.
The rest of the club gave the girls an extra boost by lining the two kilometre course and ensuring a non-stop shout of encouragement followed every stroke. This was the perfect end to a successful season for the four, who have also claimed the Kent & Sussex Coastal Amateur Rowing Association Senior Fours and Senior Pairs championships for 2013.
Read a full report of the 57th South Coast Championships here